Kidney stones are quite a common condition that affects more than 1 in 10 people. They are usually found in the kidneys or in the ureter, the tube that connects the kidney to your bladder. Kidney stones can sometimes be extremely painful and lead to kidney infections. If you have been diagnosed with kidney stones, you are probably wondering how you g0t them. So, how do you get kidney stones?

Kidney stones are the result of a buildup of certain chemicals in the body. In other words, they form when minerals in your urine clump together. You can get kidney stones from many things, such as what you eat and certain medications. One of the main causes of kidney stones is lack of water since you need water to make enough urine in order to water down the things that turn into stones. Some medical conditions, such as obesity and type 2 diabetes can also lead to kidney stones. Furthermore, if you or a member of your family has had a kidney stone before, your chances of having one in the future are higher.

Eager to learn more about kidney stones? Keep reading because we are going to

We all want to age like fine wine and will do everything we can to beat aging. While it is impossible to reverse aging, paying extra care to your skin may be able to delay the appearance of wrinkles and eye bags. So, how can you make your skin look younger?

The main thing you must do to make your skin look younger is to take good care of it. Invest in sunscreen, moisturizing night cream, and retinoids to keep your skin looking fresh, glowing, and youthful. Besides using the right skincare, adopt healthier habits, such as sleep well, drink enough water, eat healthily, and exercise regularly. Doing these will not only give a healthy glow to your skin but will also keep your body in tip-top shape.

Want to know more about how you can make your skin look younger? Below are some tips you absolutely should know!

Use the right skincare products

The right skincare products can really help you maintain younger-looking skin. There are three main ingredients that can help you keep your youthful skin longer:

Hypertension, the medical term for high blood pressure, is a common condition when the blood vessels have persistently raised pressure. The vessels carry blood from the heart to all parts of the human body. Blood is pumped into the vessels every time the heartbeats. Blood pressure is created by the force of blood pushing against the walls of the blood vessels (arteries). To put it simply, the more blood your heart pumps and the narrower your arteries, the higher your blood pressure.

Blood pressure is determined by two numbers. The higher number (systolic pressure) is the strength at which your heart pumps blood all over your body, while the lower number (diastolic pressure) is the resistance to the blood flow in the blood vessels. Both of the pressure is measured in millimeters of mercury (mmHg). The following is a general guide of blood pressure by the NHS:

Asthma is a chronic and long term disease of the airways. It is a condition when the airways in the lung get inflamed and narrowed, which restricts air supply. The inflammation causes the airways to be exceptionally sensitive to irritations and increases their vulnerability to an allergic reaction. The increased sensitivity will cause a reaction. The muscles in charge of controlling the airways tighten and trigger an overproduction of mucus. Asthma causes periods of chest tightness, coughing wheezing, and shortness of breath.

It affects everyone regardless of age and it often starts during childhood. It is the most chronic disease for children. People who have asthma may experience mild to severe symptoms that can happen every day or rarely. The severe symptom is known as asthma attacks, which happens when the symptoms are at their peak and might begin suddenly.

Asthma is serious. It can even be dangerous and fatal. About 250,000 people around the world die every year because of it. If you have asthma, you need proper treatment to live well. Without the treatment, you might have to visit the emergency room frequently. The exact cause of asthma is unknown, and the cause may vary for

The body clears harmful things in your lungs by coughing, but if you cough way too much, you might have chronic bronchitis. It is a more serious type of bronchitis that occurs when the lining of your bronchial tubes is inflamed and irritated. Chronic bronchitis is a dangerous condition, but it will not suddenly happen to you. It’s characterized by bronchitis that goes on for a long time and does not go away. If you have coughed for at least three months over the course of 2 years, you might have it, and you need to call your doctor right away. Most people who have the disease are around 44 to 65 years old.

When the lining of your bronchial tubes experiences a constant inflammation, an excessive amount of sticky mucus will build up in your airways. That sticky mucus will limit the amount of airflow that goes in and out of your lungs. The blockage of the airflow will result in coughing and difficulty breathing. The inflammation may also damage the cilia, which are the hairs that help keep the airways clear of germs. If the cilia do not work properly, the airways become a breeding ground

The Human knee is a complex joint that has plenty of components and is sensitive to injury. Most of those injuries can be successfully treated with rehabilitation exercises and bracing. However, most doesn’t mean all. If you have a severely torn meniscus, then that is an injury that will probably require surgery to correct. Here we will explain the common knee injuries and how to deal with them.

A dislocation happens when some or all of the bones in the knee are dislocated or out of place. For instance, the patella can swing from its position, or the tibia and the femur can be forcefully moved out of alignment. Dislocation is caused by a strong impact such as sports-related contact, motor crash, big fall, etc. In other cases, it can be because of the abnormal structure of a person’s knee.

This is a typical sports injury that occurs when pivoting, cutting, twisting or being tackled. Aging is another risk factor to meniscal tears. Sometimes a simple twist when getting up from bed or a chair can cause a tear.

Mental illness is a health condition that affects your behavior, thinking, and mood. Some of the most widespread types of mental illnesses are depression, mood disorders, addictive behavior, eating disorders, schizophrenia, and anxiety disorder.

Almost everyone has occasional mental concerns. But when it persists with frequent stress and ongoing symptoms as well as the ability to function normally, it turns into mental illness. If left untreated, mental illness can wreak havoc in anyone’s life such as at work, school, or personal relationships.

Symptoms and signs of mental illnesses

In some cases, some of the symptoms can even manifest as physical problems such as headache, back pain, stomach pain, aches, or other unexplained pains. 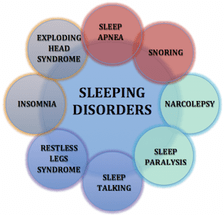 My Breasts cause me back pain

Breasts are sexy but very big breasts are not. They are not only unattractive but come with a baggage of medical conditions mainly back pain. Individuals also suffer from headaches, chest pain, neck pain, etc. and the suffering is not limited to physical discomfort but also engulfs the emotional side of the individual. Big breasted women suffer from depression and low self-esteem.  It is believed that almost 1 million women in America suffer from this problem. Thankfully you do not have to suffer in silence anymore, help is at hand in the form of breast reduction surgery.

Why do breasts cause back pain?

The rib cage is strong enough to support normal sized breasts but large breasts put pressure on the chest walls and if the supporting muscles are not strong you will tend to roll your shoulders forward and this puts a strain on the spine causing back pain. And even self-conscious women hunch forward to hide their breasts leading to further exaggeration of pain. The weight of the breasts which is predominantly made up of glandular tissue and fat cells, too makes them sag and bend lower. The body

This website uses cookies to improve your experience while you navigate through the website. Out of these, the cookies that are categorized as necessary are stored on your browser as they are essential for the working of basic functionalities of the website. We also use third-party cookies that help us analyze and understand how you use this website. These cookies will be stored in your browser only with your consent. You also have the option to opt-out of these cookies. But opting out of some of these cookies may affect your browsing experience.
Necessary Always Enabled
Necessary cookies are absolutely essential for the website to function properly. This category only includes cookies that ensures basic functionalities and security features of the website. These cookies do not store any personal information.
Non-necessary
Any cookies that may not be particularly necessary for the website to function and is used specifically to collect user personal data via analytics, ads, other embedded contents are termed as non-necessary cookies. It is mandatory to procure user consent prior to running these cookies on your website.
SAVE & ACCEPT